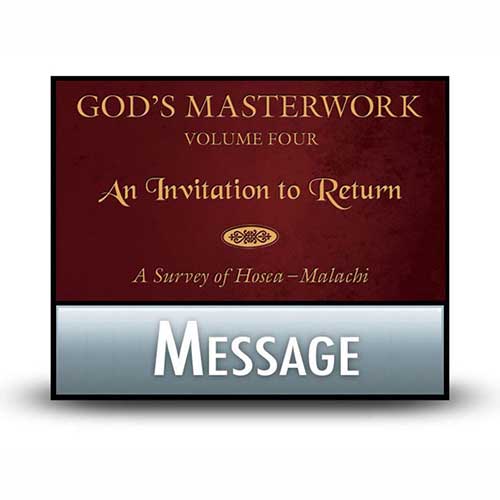 Joel: Preparing for the Day of the Lord - CD

A Survey of Joel

The name Joel is a combination of two divine names in Hebrew: Jehovah and God. Together, they mean “Jehovah is God.” And the prophet with this name believed Jehovah was God, without reservation. God called Joel to interpret the contemporary events of his nation as well as predict some cataclysmic events of the future. Joel knew that repentance must precede revival. In Judah (the southern kingdom), a plague of locusts had recently devoured every green thing, leaving only desolation in their trail. Joel announced his conviction that the plague had been sent by God because of the sin of His people, Judah. But Joel also announced hope beyond their present circumstance. His message is certainly needed today.

Joel: Preparing for the Day of the Lord