<<< Return to Search
Paul's Swan Song: A Study of 2 Timothy/Straight Talk to the Timid and Reluctant - CD 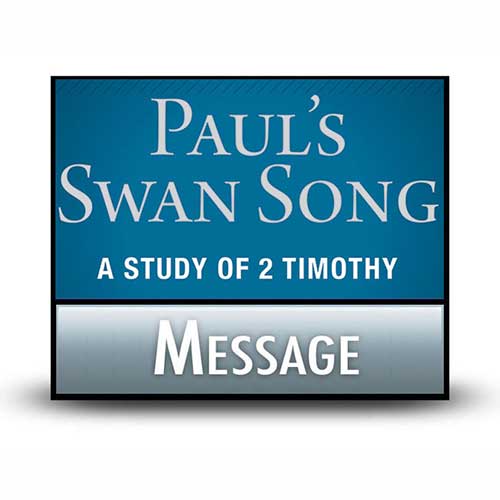 Straight Talk to the Timid and Reluctant - CD

Not all of God’s spokespersons are confident and bold. Not every leader is ready to stand strong and all alone, if necessary, in the face of conflict. There are some who have been called to do God’s work but are timid, shy, and fearful. This was true even among some whose names appear in the Bible. Stop and think. Let’s call some of those people to mind.

Without trying too hard we could name some who were reluctant (remember Moses at the burning bush?), others who were hesitant (like Esther, when she first considered presenting her case before the king), a few who lacked courage (as King Saul did before the giant, Goliath), and occasionally we find one who was downright resistant and rebellious (think Jonah).

It shouldn’t surprise us, then, that a 30-something-year-old pastor named Timothy was in that same category. Perhaps his shyness could be traced to his ill health. Maybe it stemmed from personal feelings of intimidation that only intensified while travelling with Paul—a man of enormous courage and grit. Whatever the cause, Paul knew that the future Timothy faced would require his strongest and best efforts. Having affirmed Timothy’s godly roots and sincere faith (2 Timothy 1:5) and having urged him to “kindle afresh” the gift God had given him (1:6), Paul now offered straight talk on courage and persistence.


Related Products
See all products for the series:
Paul's Swan Song: A Study of 2 Timothy

Straight Talk to the Timid and Reluctant