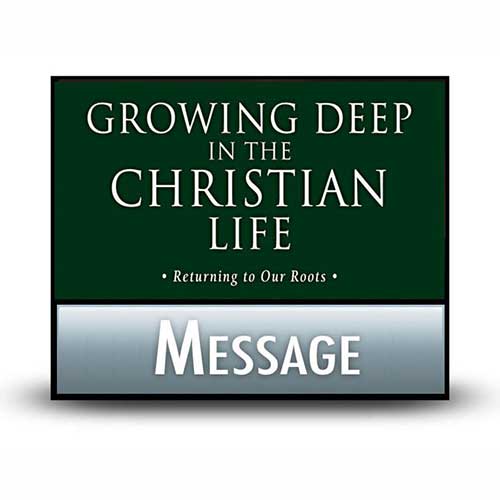 When the God-Man Walked Among Us - CD

What an epochal event it was! The second member of the Godhead came to earth as a tiny baby in Bethlehem. God became man. This is commonly referred to as the doctrine of incarnation. In the words of the apostle John, “The Word became flesh, and dwelt among us” (John 1:14). Think about that for a while. Let’s do our best to imagine how it must have been to have seen Him, walked with Him, watched Him work, heard His words. Hopefully, we shall gain a greater appreciation for His uniqueness—both deity and humanity dwelling in one Person. Our goal is not simply to glean theological facts from Scripture but to do as Thomas ultimately did once he became convinced. He exclaimed, “My Lord and my God!” (20:28).

See the complete list of resources for this series:
Growing Deep in the Christian Life: Returning to Our Roots.

Growing Deep in the Christian Life Returning to Our Roots, jesus, forgiveness,incarnation

When the God-Man Walked Among Us