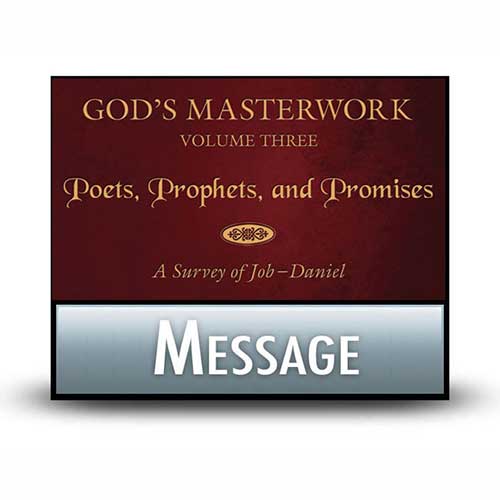 Isaiah: Prince among the Prophets - CD

A Survey of Isaiah

The final decades of the eighth century BC produced several great men, but perhaps the most significant of these was a blue-blooded prophet named Isaiah. That's quite a statement when you consider his contemporaries were Amos, Hosea, and Micah. Politically and socially, the Hebrews were in terrible shape. World forces were girding for a battle for supremacy. Following Uzziah's godly fifty-two-year reign as king over Judah, many of the people enjoyed peace and extravagant prosperity, which led to two distinct classes of people: the very rich and the very poor. Abuses, landgrabbing, extortion, idleness, indifference, a corrupt city government, and excessive drinking marked those times. Religiously, the Hebrews lost their distinctiveness and fell under the sway of idolatry, superstition, customs, and cults from the East.

Isaiah: Prince among the Prophets