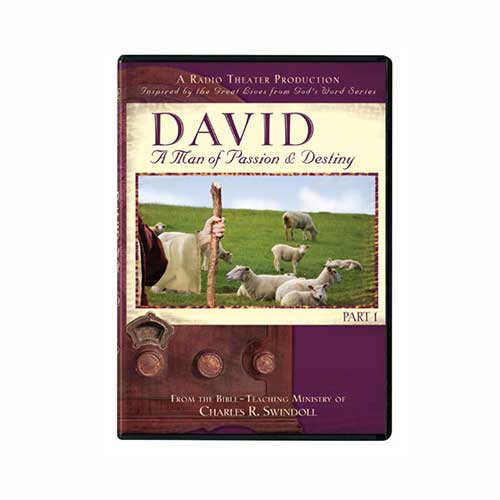 David—musician and warrior, poet and king—is the only person described in the Bible as a “man after [God’s] own heart” (1 Samuel 13:14). What does it take to become a person who chases after God’s heart?

Insight for Living has developed the first in a series of captivating radio theater productions about this man of God titled David: A Man of Passion & Destiny. This moving presentation is fully dramatized in an audio format, including riveting performances, vivid sound effects, and a magnificent musical score. When you and your family sit together to listen, you will be transported back to David’s time. You’ll hear the bleating of sheep in the fields, the gentle strumming of harp strings, and the ominous whistle of a sling and a stone hitting its mark. And it is our hope that if you receive and listen to this radio theater production, you will be inspired to pursue God with renewed passion.