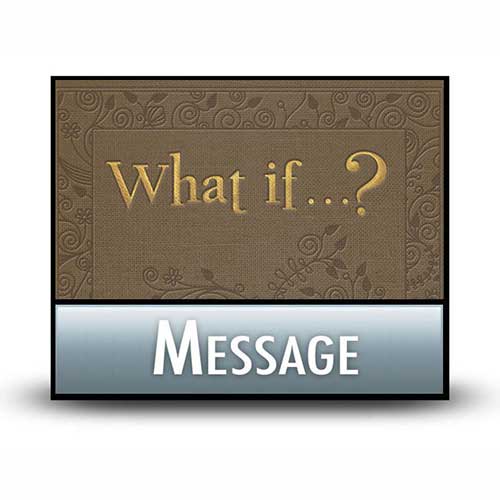 What If You Need a Second Chance? - CD

Each of us can remember a time when we failed to do something we said we would do. We started strong. We had every intention to follow through. And others were relying on us to stick to our commitment. To make matters worse, we gave them our word that they could count on us. And then, somewhere along the way, our good intentions got sidetracked. Circumstances became difficult. And we failed to follow through. Those who counted on us were disappointed in us, and we felt guilty.

At that point, two things likely happened: 1) having lost trust in us, some of the disappointed people determined to never rely on us again, and 2) having had time to think about how we would handle things differently, we longed for a second chance.


Related Products
See all products for the series:
What If . . . ?

What If You Need a Second Chance?