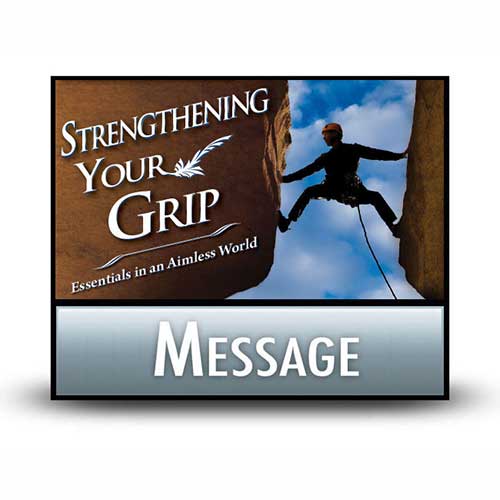 Strengthening Your Grip on Authority - CD

Authority. That’s a bad word to many people. Question authority seems to be the motto of our culture, and rebellion seems to be a rite of passage.

How many teachers spend the majority of their class time just trying to get students under control? How many police officers realize that, to many, their badge is no longer an emblem of honor and respect but a target to shoot at? How many bosses get the feeling that their employees would do anything rather than what they’re supposed to do? And how many parents know the frustration of having their authority undermined, not just by defiant children but by their peers, the media, and the culture at large?

See the complete list of resources for this series:
Strengthening Your Grip

Strengthening Your Grip on Authority