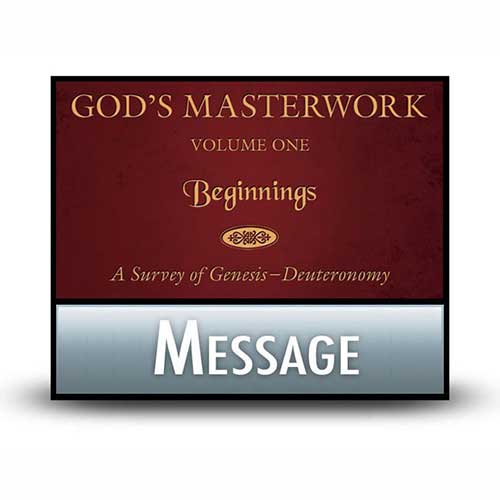 A Survey of Deuteronomy

The wilderness wandering was, at last, over. A new generation was on the scene. Canaan—the Promised Land—was just beyond the border. The Hebrews were eager to invade and claim the territory. For almost 500 years, they had lived away from home, like fugitives. They longed to settle down and deepen their roots. But a very strategic matter had to be settled beforehand. This vast multitude of people needed to be instructed and warned. Once they moved into Canaan, it would be easy for the people to forget those hard lessons from the wilderness. Becoming fat and presumptuous in Canaan, they could easily drift into moral compromise and, ultimately, direct disobedience. So God pulled them aside and directed Moses to speak, to challenge, to remind, to warn. Deuteronomy is mostly a collection of Moses's words just before the people entered the Promised Land.

See the complete list of resources for this series:
God’s Masterwork Volume One: Beginnings—A Survey of Genesis–Deuteronomy