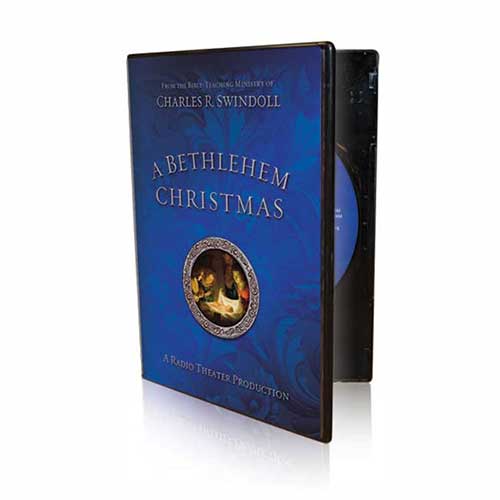 Are your holidays so hectic that the Christmas story has become too familiar to you? This holiday season, Insight for Living has developed Charles R. Swindoll’s book A Bethlehem Christmas: Celebrating the Joyful Season into a captivating radio theater production. This moving presentation is fully dramatized in an audio format that includes riveting performances, vivid sound effects, and a magnificent musical score.

As you and your family sit together to listen, you’ll be transported back in time. You will gain a fresh understanding of the confusion, the fear, and ultimately, the faith of the men and women whom God chose to involve in the miraculous incarnation of Jesus. Experience the joy of this historic moment as if you were actually hearing the announcement of Christ’s birth with your very own ears. You’ll never again take the Christmas story for granted!

Radio Drama on One CD or MP3