<<< Return to Search
2 Kings/2 Kings: From Compromise to Captivity - CD 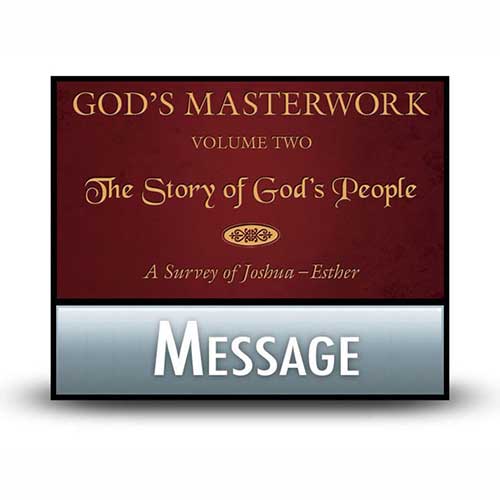 2 Kings: From Compromise to Captivity - CD

A Survey of 2 Kings

Second Kings revolves around a principle of life that not even God violates: persistent sin may be forgiven, but its consequences cannot be erased. The book of 2 Kings plays out this truth on a national scale, as the newly divided nation of Israel faltered time and again in its commitment to God's plan for them. Where they were to be a light to the world, they instead wallowed in the darkness of the surrounding people. The few faithful followers of God during this time struggled against the tide of sin and rebellion. Nonetheless, they saw their nation fall to outside powers and watched their people—who knew better from the beginning—endure judgment. Let's trace Israel and Judah's slow slide into exile, asking ourselves along the way how we would react in the face of such a strong opposition to God's will and ways.

2 Kings: From Compromise to Captivity